If you experience extreme levels of energy and enthusiasm, followed by severe bouts of depression, you may have bipolar disorder. This is a dangerous condition that too often goes untreated. The best thing to do is contact a doctor experienced in diagnosing and treating bipolar disorder. First, find out if you truly have some type of condition. Second, receive the proper treatment before you face unwanted consequences. In New Jersey, New York and Florida, the best bipolar doctor is at Online Psychiatrists, which offers confidential, convenient appointments online through telepsychiatry. Call today.

Best doctor I've ever had! Listens to your issue or concerns with your treatment plan and makes sure u know the good and/or potential side effects to all medications. He is well worth going outside my insurance plan. It's been 5 months and I'm doing much better now.

Am I Just Moody?

Manic depression is a mood disorder that involves extreme mood swings. A broader term, called bipolar disorder, encompasses a wider variety of mood swings. Understanding these extreme mood swings is the beginning of being able to safely navigate and control your moods to keep them from interfering with your daily life.

With a bipolar disorder, you experience wide ranges in your moods — from significant sadness, known as bipolar depression, to extreme euphoria, called mania or hypomania. Your mood swings may occur occasionally, or they may cycle rapidly several times a year. Bipolar disorder is a lifelong condition with no known cure, but you can learn to manage it.

While a qualified psychiatrist can diagnose the condition at any age, most noticeable symptoms appear in your late teens or early twenties. The experienced doctor at Online Psychiatrists — serving patients in NY, FL and NJ — successfully manages the condition with a bipolar disorder treatment plan that usually includes:

What Are the Types of Bipolar Disorders?

Understanding your specific condition by focusing on your unique symptoms allows your doctor to tailor a successful treatment plan. The best treatment for bipolar disorder for you takes into account your diagnosis. The types of bipolar disorder include:

What’s the Significance of a Specialized Bipolar Doctor?

Severe mood swings can become dangerous, as prolonged feelings of depression can lead to self-harm, substance abuse and even suicide. At the same time, prolonged mania affects your sleep, judgment and the ability to think clearly. Either extreme disrupts your life.

Connect with a specialized psychiatrist at Online Psychiatrists to screen for biological causes of your mood swings. Symptoms that an experienced psychotherapist recognizes when diagnosing bipolar disorder include: 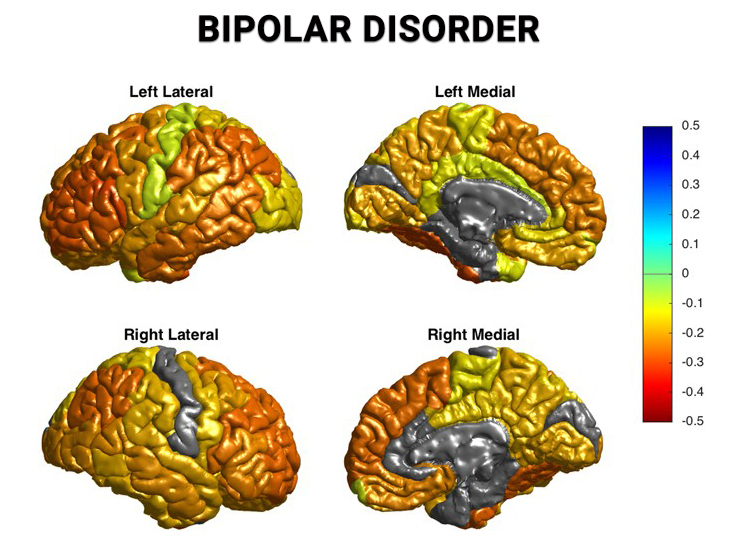 What’s the Treatment for Bipolar Disorder?

While your mood swings may be extreme, you still may not seek treatment for some time. The feelings of euphoria can be so pleasant that you may not even want to control them. The most dangerous complications result when the high feelings of euphoria are followed by severe lows.

Bipolar disorders are complicated, but they’re manageable with proper education, medication and support from an expert in the field. Contact Online Psychiatrists, where you’ll find both in-person opportunities for specialized treatment and telepsychiatry options that allow you to begin your treatment as soon as possible. Weekend and after-hour appointments are available.

How quickly does a person with bipolar disorder shift between highs and lows?

It depends. Mood shift frequency varies from person to person. A small number of patients may have many episodes within one day, shifting from mania (an episode where a person is very high-spirited or irritable) to depression. This has been described as “ultra-rapid cycling.”

Does having one manic episode necessarily mean you will have more and will have depressive episodes?

Not necessarily. Studies have shown that approximately 10 percent of patients have a single episode only. However, the majority of patients have more than one. The number of episodes within a patient’s lifetime varies. Some individuals may have only two or three within their lifetime while others may have the same number within a single year. Frequency of episodes depends on many factors including the natural course of the condition as well as on appropriate treatment. Not taking medication or taking it incorrectly are frequent causes of episode recurrence.

Can someone with bipolar disorder be treated without medication?

Although it is possible that during the natural course of the illness individual patients may get well without any medication, the challenge is that it is impossible to identify or determine beforehand who those fortunate patients are. Although some patients don’t get well or just have partial response to the best available treatments, on average — and for the vast majority of patients — the benefits of medications outweigh the risks.

What is a “mixed episode?”

The term “mixed episode” was changed to “mixed features” in the last edition of the Diagnostic and Statistical Manual (DSM-5) published by the American Psychiatric Association in 2013. The new term may apply to either episodes of mania with additional symptoms of depression or the opposite, episodes of depression with additional symptoms of mania. The overall idea is that the presence of both mania and depression can exist at the same time. Symptoms of mania include elated mood, decreased need to sleep or racing thoughts. Symptoms of depression can include depressed mood, and feelings of hopelessness or worthlessness.

Could my child have bipolar disorder?

What can family members do to support a person with bipolar disorder?

Outcomes are always better when there is a strong family support network. Think of bipolar disorder as any other severe medical condition. However, also note that in many severe psychiatric conditions, patients may not be aware that they are ill. They may minimize the severity of their condition. The result of these factors may be that patients will not follow through on their treatment. In very severe cases, there may be instances of a lack of behavioral control where family members may not be able to look after their loved ones. In those cases, assistance from providers or even law enforcement agents may be necessary.

Let’s instigate your journey of living a peaceful life